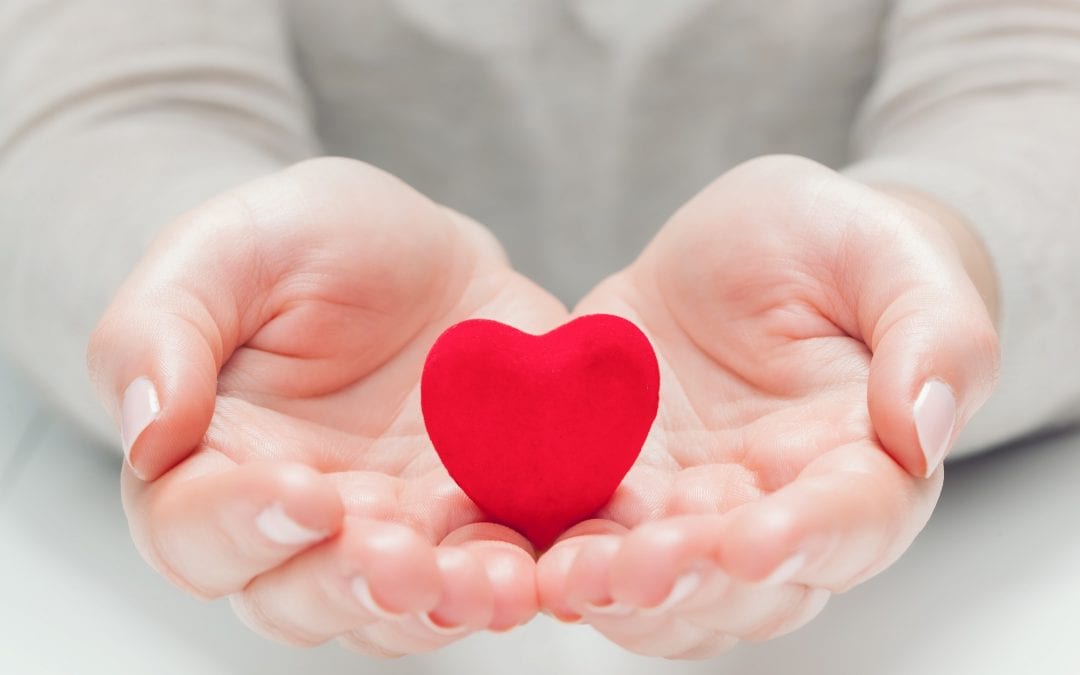 You have probably heard of CoQ10. But what exactly is it? Before getting into CoQ10 benefits, it is important to understand what it is and how it works. Coenzyme Q10 is a compound located in cell membranes, especially in the membranes of mitochondria. That is why it is so important for cell growth, maintenance, and cellular energy production.

CoQ10 is also an antioxidant, which means it protects your body against oxidative stress. This occurs when free radicals outnumber antioxidants. Free radicals are oxygen-carrying molecules with an uneven number of electrons. They react with other molecules and cause oxidation. Antioxidants can stabilize free radicals by giving them an electron.

CoQ10 is produced naturally in your body, but production decreases as you age. You can also find CoQ10 in certain foods or take it as a supplement.

So what are the benefits of CoQ10, and what can it help you with?

Heart health is the top reason people generally take CoQ10 supplements. It is used to lower the risk of heart failure and other heart conditions.

Heart failure is when the heart cannot pump a sufficient amount of blood and get oxygen to the body. A number of factors can cause heart failure, including coronary artery disease or high blood pressure. These can occur when blood vessels are swollen or damaged by oxidative stress.

One study examined 420 patients who had experienced heart failure. After two years of CoQ10 supplementation, researchers noticed that symptoms improved and CoQ10 reduced the risk of death from heart complications.

A similar, placebo-controlled study shows that CoQ10 supports cardiovascular health. 641 people took CoQ10 or a placebo for one year. The CoQ10 group saw fewer complications and was hospitalized less frequently for heart problems.

Can Slow the Progress of Alzheimer’s and Parkinson’s 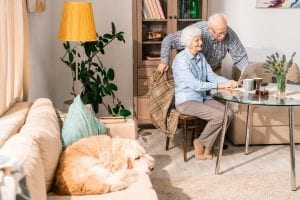 Some evidence suggests that CoQ10 can support brain health and slow progression of diseases like Alzheimer’s.

This is the science behind it: Mitochondria are the energy of our cells, especially our brain cells. As mitochondrial function decreases with age, it leads to the death of brain cells. This can cause conditions like Alzheimer’s and Parkinson’s disease.

The brain needs a lot of oxygen throughout our lives, so it is very susceptible to oxidative damage. Oxidative stress can also produce compounds that affect memory, cognition, and other functions.

CoQ10 is an antioxidant and may be able to protect against oxidative stress and those harmful compounds.

One animal study shows that CoQ10 supplements in mice decreased a protein called carbonyl, which is a marker of oxidative damage. Researchers concluded that CoQ10 may be an effective strategy against neurodegenerative diseases.

Another study looked at CoQ10 on patients with early Parkinson’s disease. Subjects were either given a placebo or varying dosages of CoQ10. They noted after the study that less disability developed in subjects assigned to CoQ10 than the placebo, and those who received the highest dosage (1200 mg per day) benefited most. CoQ10 also seemed to be well tolerated and appeared to slow the progression of Parkinson’s. However, this study was small and larger studies are needed to confirm this theory.

Though more research is needed, the evidence so far is encouraging.

Migraine headaches can be debilitating and interfere with everyday wellness. CoQ10 may be able to help.

CoQ10 deficiency is associated in people who experience migraines. And some types of migraines can be linked with abnormal mitochondrial function. This increases calcium intake by the cells and free radicals. With low energy levels in the brain cells, migraines can occur.

Some research shows that CoQ10 can improve mitochondrial function and decrease inflammation during migraines. One study showed that CoQ10 is three times more effective in reducing migraines than a placebo.

Another study observed that CoQ10 not only helps reduce symptoms but also decreases the number of migraines the subjects experienced.

This may not work for everyone, and it may take several months of supplementation to have an effect. However, it may be worth a shot to prevent painful migraines. CoQ10 is generally safe and there would be little harm in trying. 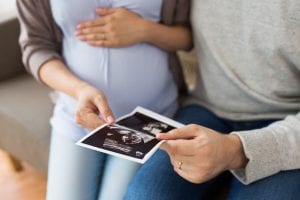 CoQ10 has been known to help people with problems of infertility for both men and women, thanks to its antioxidant properties. As CoQ10 production declines with age, fertility can be affected by oxidative stress.

For women, oxidative stress and less CoQ10 can mean damaged eggs. Studies have also noted that female infertility is also associated with mitochondrial dysfunction.  Men also see similar effects. Sperm can be affected by oxidative stress, but some studies have found that CoQ10 supplementation can improve male fertility.

Studies have shown that CoQ10 that is applied topically to the skin can reduce damage. The coenzyme increases energy production the cells and reduces oxidative damage. This can help decrease wrinkles, but the effects aren’t just on the surface.

CoQ10’s anti-aging properties are not the coenzyme’s only benefit. Some studies show that it can also reduce a person’s risk of skin cancer. 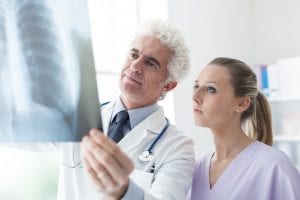 The lungs, naturally, have the most interaction with oxygen of any organ in your body. Over time, as your body stops producing antioxidants like CoQ10, that lack of protection can cause oxidative damage in the lungs.  Additionally, low levels of CoQ10 have been linked with asthma, chronic obstructive pulmonary disease (COPD), and other lung conditions.

Bronchial asthma, for example, disturbs the balance of oxidants and antioxidants in the lungs. Taking corticosteroids for asthma is also linked with mitochondrial dysfunction and oxidative damage. One study, noting these facts, demonstrates that asthma patients benefited from a CoQ10 supplement.

Reduces Side Effects of Statins

Statins are drugs aimed at lowering cholesterol. But they can have adverse side-effects as well, such as muscle pains, muscle weakness, and liver problems.

Thankfully, some studies show that supplementing with CoQ10 can help reduce statin-related symptoms. Though not every study agrees, it may be worth a try as CoQ10 is generally well-tolerated and has few side effects.

CoQ10 benefits improve exercise performance, especially for those who suffer from a mitochondrial disease.

Another study also examined CoQ10 benefits in patients with mitochondrial diseases.  Thirty patients participated in the placebo-controlled study, and researchers found that after 60 days of supplementation, the CoQ10 group had slightly improved aerobic exercise capacity.

CoQ10 has also been known to reduce fatigue and modestly increase power during exercise performance.

In conclusion, CoQ10 may be especially beneficial for those with mitochondrial diseases. It can improve exercise tolerance, reduce fatigue, and increase power. Most studies showed improvements, even if they were not dramatic. If you suffer from a mitochondrial disease or are looking to up your performance, talk with your doctor about CoQ10.

Oxidative stress and inflammation are both factors that contribute diabetes. CoQ10 is not only an antioxidant but plays a role in cellular energy and growth. It also affects glycemic control (or blood sugar control) in patients with diabetes.

However, another study found that CoQ10 did reduce serum levels of glucose, insulin, and fructosamine. CoQ10 also improved insulin sensitivity, which means that the body doesn’t require as much insulin to lower blood sugar levels. Researchers concluded that CoQ10 has potential as an addition to conventional anti-diabetic treatment.

May Help Reduce Risk of Cancer

Oxidative stress is known to increase cancer risk. Additionally, low levels of CoQ10 are also linked with higher risk of cancer. Several studies have confirmed this.

Some studies have shown that supplementing with CoQ10 may reduce the risk of cancer. For example, one three-year trial showed that a combination of CoQ10 and alpha-2b (an interferon used to fight cancer cells) significantly reduced the occurrence of melanoma (skin cancer).

For some, it may be difficult to get enough CoQ10 from food alone. Thankfully, CoQ10 can also be taken as a supplement. Supplementation can be a consistent way to get all the CoQ10 you need.

CoQ10 is accepted as generally safe. When side effects do happen, they are usually mild. Side effects might include

There is not enough evidence to support whether or not CoQ10 benefits are safe for women who are pregnant or breastfeeding.

Always consult with your doctor before taking a new supplement if you are currently taking any medications or have a serious health condition. 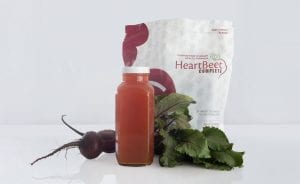 CoQ10 benefits work on a cellular level. It is important for the health of your mitochondria, which is what produces cell energy. It also plays a role in cell development and function. And finally, it is a powerful antioxidant that can help prevent a variety of conditions associated with oxidative stress or low CoQ10 levels. From supporting heart and brain health to preventing migraines and healing your skin, CoQ10 improves your health from the inside out.